For the first time in the awards’ history, the same project swept both Best in Show awards – Neathawk Dubuque & Packett’s (ND&P) work on the VMFA Japanese Tattoo exhibit. ND&P won the Capital Best in Show for its creative tactics entry and the Commonwealth Best in Show for its brief observances and events campaign. ND&P’s efforts in media, partnerships, creative, events and social media earned lasting ink for the museum. 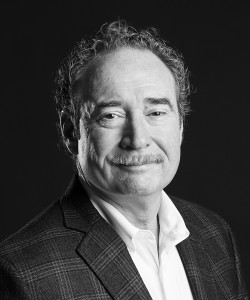 PadillaCRT executive vice president Mike Mulvihill, APR, was honored with this year’s Thomas Jefferson Award for Excellence in Public Relations. Mulvihill leads the agency’s corporate practice. The Thomas Jefferson Award, which recognizes a public relations professional at the height of his or her career, is open to PR practitioners in the Greater Richmond metropolitan area. PRSA Richmond donates $1,000 to the charity of the recipient’s choice. Mulvihill will be making the donation to the Virginia Local Initiatives Support Cooperation.

“The Virginia PR Awards recognize the best PR professionals in the Commonwealth for their creativity and excellence,” said Andrew K. Ryan, APR, president of PRSA Richmond. “The caliber of work seen at this year’s awards was once again outstanding and a clear sign that the public relations work coming out of Virginia is second to none.”

PRSA Richmond also honored Alexsis Rodgers with the Rising Star Award, which recognizes a Richmond professional who has five or fewer years of experience in the public relations profession. Rodgers is the policy director for Virginia Lt. Governor Ralph Northam.