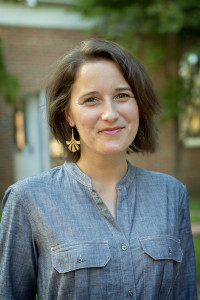 Is it just me or does anyone else feel like the public relations industry in Central Virginia is booming?

This past Monday, our 2nd Vice President for Awards, Cameron McPherson, stayed up until midnight, watching as the final entries for the Virginia Public Relations Awards rolled in. By the time he went to bed, we’d received 193 entries—the most in our chapter’s history!

Another place where I’m seeing growth is in the number of job listings posted to PRSA Richmond’s JobLink. Many of you may have noticed that you’re receiving e-mails chock full of great career opportunities. We are seeing higher numbers of job ads on JobLink this year, which tells me that the economy is rebounding and many local employers are hiring. If you’ve considered making a move or hiring a PR professional to join your company, don’t forget to take advantage of this incredible service.

And finally, let’s not forget to add our soon-to-be-completed website to the growing list of reasons why it’s good to be a part of this chapter, right now. We’re in the midst of a website conversion that will move PRSA Richmond to a new best-in-class customer relationship management system called NeonCRM. When the website launches later this spring, we’ll be able to communicate and connect with our members in so many new ways.

It’s an exciting time to be a part of PRSA Richmond. Don’t you agree?