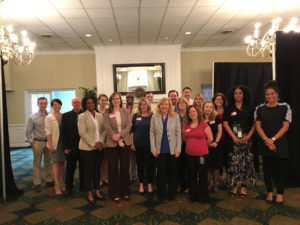 The boot camp attracted 17 APR candidates. “Our district is the only district in the nation to sponsor an APR boot camp, and now we’ve conducted one three years in a row,“ said Liz Smith, APR, who served as Mid-Atlantic District chair in 2015 and spearheaded the boot camps with the help and support of PRSA National and host chapter Richmond.